“Tell me who I have to be, to get some reciprocity..” -Lauryn Hill

I’m still guilty of doing a lot of things I preach against. See, there’s a difference between knowing what to do and actually doing it.

What did I do today? I spent a fair amount of time repeating the words “He does not respect you” to myself as I went about my day because I don’t listen. I have this habit of silencing my intuition and believing one can salvage any situation. Sometimes I convince myself I’m paranoid, or overreacting. That all people need is time and understanding and it’ll be fine. When I feel it necessary, I can have the naivete of a 4 year old.

Sometimes making excuses for people is our way of trying to salvage their reputation in our eyes. Especially if it’s for someone you know and have only just discovered that they may in fact be another way. You don’t want to deal with the rug being pulled out from under your feet so you convince yourself maybe it was never there. Maybe it’s fine and you wanted to actually be on the floor. And if the person actually is responsible for how you’re feeling, the confusion, sadness, they couldn’t have meant it, couldn’t have done it on purpose because you know them right? Right?

As you grow I don’t think it gets easier to deal with loss. We know it’s inevitable. We’ve seen many come and go. Some die, some betray, some get bored and walk away and some just aren’t there anymore and you’re not really sure why, but it never gets easier, especially if your heart has a tendency of healing and your mind remembering everything but what hurts.

People are as they are, as they’ve always been.

But we continue to make excuses and wonder why.

Will knowing why really make a difference or do we want to know why just so we know it’s not us?

That you weren’t the reason why someone is now untrustworthy/ disrespectful/ angry or whatever. Is it always about truly understanding it? Or, when it comes to those you know, is it more about knowing you had nothing to do with it and thus not having an extra burden to carry? It sounds selfish I know but, not impossible. Not all that far fetched.

In primary school, if someone was crying we’d all gather around and ask “Ke nna?” meaning “Is it me?” Once you’d been cleared, you breathed easy, it had nothing to do with you, the task of figuring out who’d wronged the crying peer was brought up and once he/she was discovered, we’d go about basically judging them and it was no longer even about the one in tears, but about the Shameful One who caused this.

I wonder if it’s like that now in relationships. Does the reason why your partner doesn’t love nor respect you matter because you want to know, really want to know? Or just to know that you didn’t do anything to deserve unrequited love? To know that you’re worthy.

As hard as it is to accept, some people are just that way. They will not be changed by Love. They will not have an epiphany one day on a night out drinking and call with a marriage proposal. They won’t wake up one morning and suddenly know how to treat you. It just is how it is.

“Asking him to respect you is asking him to go against his nature. You know that.” – Karabo Mooko.

And that is when all of this hit. For people who spend a significant amount of time fighting for respect in every area of our lives, we’re okay with having disrespectful partners who never show any appreciation, friends we don’t trust and allies we can’t confide in.

And isn’t that our fault? 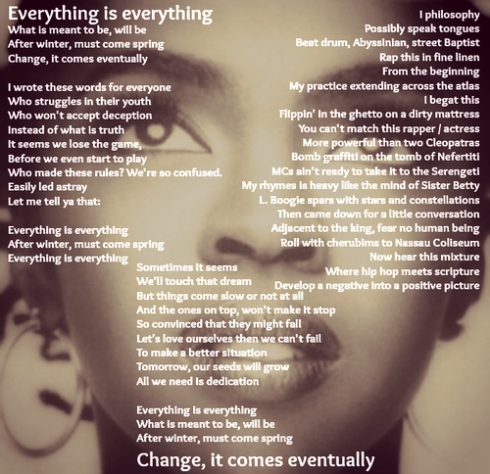