It’s easy to complain about men’s behaviour isn’t it? So many of them mess up so effortlessly when interacting with women.  If one isn’t calling you a bitch he’s groping you or one of the straight ones is going on about how “homos” are an abomination. They’re quick to point out how they don’t do certain things because they’re “not bitches”, think feminists “are just angry lesbians” and when out, it’s shocking to find one who isn’t getting sloppy drunk, sexually harassing a woman or looking for a fight.

Now no, I’m not saying that ALL men do this, I’m saying a lot do. Too many.

And some genuinely have no remorse. Some think this is what it means to be a Man.  Some are unwilling to grow.

Why? Because this  is what they’ve been taught it means to be a Real Man. These are the thoughts that’ve been ingrained into their minds.

A man doesn’t read books that aren’t about nude women, sex or money.  Wondering about the World and feelings is for women and homosexuals.

You need to be your own man, but only as long as your father and society approves.

And a lot of men refuse to acknowledge that they aren’t living for themselves. That they live with a chronic fear of being considered feminine because, whether they’ll admit it or not they believe a woman is a horrible thing to be.  That it gets heavy sometimes, having to always be on your toes because someone may catch you slipping and wearing pink, only to question your sexuality.

That they’re often confused and feel confined by the word “Man.”

With the help of one, I have little difficulty understanding their experiences and their behaviour. I encourage my male friends to explore their feelings. To be honest about their desires, their fears and their dreams. To draw the line between What Society Wants and their Wants.  And there, I’ve found a lot of pain. A lot of confusion.

A lot of women are guilty of stripping males of their humanity too. Girlfriends who laugh when their partners cry or confide in them, mothers who tell their sons to “man up”, there’s always someone ready to continue the process of dehumanizing the Man, and yet who complains when said Man begins to act like the animal he’s been led to believe he is.

Men need healing too. They need acceptance too and for us to acknowledge their struggles with identity etc. They need to be taught.

I know some of you, especially women, are reading this and saying “Well they don’t do that for us” and I know, they don’t. Some of them are lost causes. But some men really do want to be better. They know there’s more to Life than being “Real”. If you come across one, nurture them. Is all I’m saying.

“Diaspora”. I first heard the word in High School as my History teacher discussed “the African diaspora”. The conversation led to how hard life must be for Black people  in America. We all rolled our eyes.

What was he on? Evidently someone didn’t listen to Hip Hop. Hadn’t he seen all the sexy women with long weaves chilling outsides their yards, hanging out with their high yella lovers as kids played on the streets and expensive cars passed by with drug dealers behind the seat? Hadn’t he ever witnessed that Utopia? Well..yeah..random shoot outs would occur and that was sad..Yes, Tupac said it was rough over there but..It couldn’t be THAT bad, right? Right?

We thought for a long time that because America was “civilized”, because everything that we knew to symbolize success came from there or was somehow connected to it and the American Dream, it wasn’t possible for anyone to be unhappy there.

We thought Black Americans were ungrateful.

You need to understand, we got to see them through the eyes of the privileged White people who create the shows and the videos.

So we thought: Thugs. Prostitutes. Crackheads. Drug dealers. A few trying to make it out of the hood. Black on Black violence.  Unappreciative. Lazy.

We were led to believe the circumstances that many live under were of their own doing. That America, the land of Milk and Honey, provided equal opportunities to everyone. Everything was there, the Blacks just wouldn’t get up and take it because they still believed they were victims, that they were still being oppressed.

Delusional Blacks, living in the past. Tut tut.

It wasn’t until I stopped paying attention to the media that I began to somewhat understand the effects of oppression, the difference between what Is and What’s Shown etc. Social networking sites began my growth as a person, as a person of colour, as a woman, and for that, I’m eternally grateful. Meeting and interacting with not just African Americans but Black South Africans and hearing their stories made me appreciate my country and experiences that much more, as I understood theirs.

Botswana’s never really had any hostile experiences. Our country’s filled with Batswana and to be honest, most of us are shocked to see White people among us walking.  They’re an addition to our society, we aren’t an addition to theirs. We don’t know what it’s like to be Othered.  To be treated as Less Than. To be viewed as parasites in our own Land.

When the Trayvon Martin case began, some ignored it because they felt many more kids had been murdered, why focus on one? But I remember someone saying it would be an iconic case and we all waited to see whether that would be true.

The case was simple. We all knew.

He saw a young Black man walking, he stalked him, confronted him and murdered him.

And he was let go.

It’s not that we didn’t know chances were this would occur, it’s that many were hoping it wouldn’t.

The racists are coming out to play.

The Black community is outraged.

Simply, the facade is falling apart.

I continue to watch this all unravel. 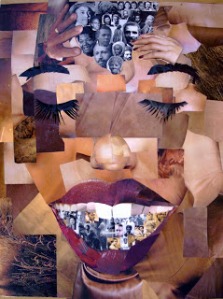 I didn’t acknowledge the Trans community til later on in Life, and even then, even now, it’s still something I’m learning about. Someone explained it to me simply “I just don’t feel comfortable this way. It doesn’t feel like who I am. Who I should be” and it’s something I still think about.

To a lot of people, the fact that they can’t relate means they should  reject something.  I thinks it’s silly.  I don’t relate to your struggle but that doesn’t mean that I shouldn’t understand it.

One of my closest friends is undergoing hormone treatment. When she told me she intended to go along with it, she was cautious. I could shun her. I could tell her it was a waste. I could tell her anything that would dismiss her feelings and crush her spirit. I understood why she tiptoed around it.

My main concern? Was she sure? Would it make her happy? Then sure.

We already live in a society that’s dismissive, you don’t need to be one more person who’s a total asshole to  people because they aren’t like/don’t feel like you.

I’ve had my own experiences as an African Cisgender Woman, and I am always aware of what and who I am. I appreciate it. But I’m always fully aware of the fact that there are so many more stories out there. An endless array of feelings and experiences that I’ll never fully feel, and I appreciate that too.

The World is larger and more diverse than your existence and your experiences, I’ve learned.